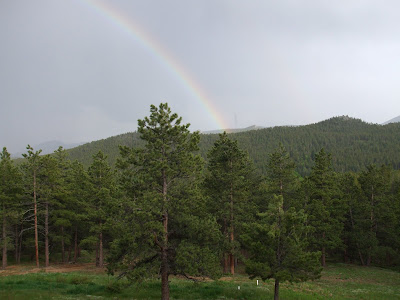 Today the bear cub mentioned in the last post came back. Neighbors report seeing 3 bear cubs without mom. No idea where the other two are, but something bad has happened to mom.


It was clear the the bear cub was too young to survive on its own, so I coaxed it into our cat pen. The cat pen is designed to keep cats safe from marauding packs of coyotes, but it can also hold a bear... for a little while anyway.


Then I called the department of wildlife. Kristin Cannon and an assitant came and got the bear cub into a large dog carrier. It will be relocated to western Colorado, where it will be cared for until next year. At that point, it will be released to be out on its own.

I've also included a picture of the rainbow that showed up right after the bear cub left in a department of wildlife truck. I think it was God bestowing a blessing.

Note: If you click on the picture, you can see a full size (huge) version. 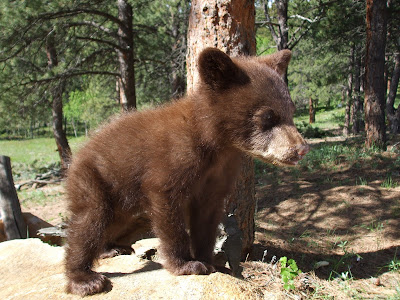 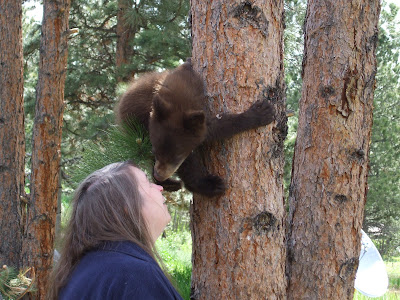 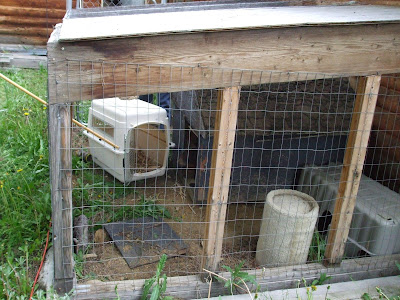 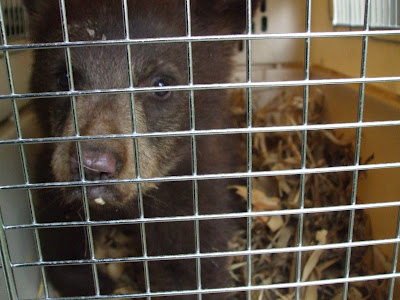 Posted by Unknown at 8:03 PM No comments:

Last Friday, I sent out the following request for help to my neighbors:

Our filming of a user experience with "Goji Experience" (A weight loss and anti-aging supplement) was interrupted by a wild (and very cute) bear cub at about 1 minute 20 seconds into the taping. You can see the video taken earlier today at http://www.youtube.com/watch?v=1Be3qITbtNc

We dropped what we were doing and immediately focused on the bear cub. He looked to weigh about 20 - 25 pounds and was obviously very hungry... and lost. Sadly, we never did see the mother.

The cub left after about 10 minutes. After the bear cub left, we continued our taping for "Goji Experience" The temptation was great to feed the cub, since he was still so young. But cubs turn into bears... which then would not be afraid of humans. That would be bad. The cub is still afraid of strange large animals. That is why you see him try to climb the tree after standing up to get a better look at me.

Any suggestions or comments?