News updates can be found at


Below is a video taken from the old growth tree where I had a bird's eye view of the whole area. The 19 second video sweeps across the horizon and follows the smoke cloud.

Posted by Unknown at 6:20 PM No comments:

The following pictures were taken from the top of an old growth tree on Winiger ridge.

The camera was pointing approximately north. Forsythe Rock is in the foreground, and Sugarloaf is on the left on the second picture.

The fire is reported to have started in the Emerson Gulch area of Four Mile Canyon.

A news helicopter reports that dozens of structures have been destroyed as of now. About 3000 acres have been burned. About 100 men are now battling the blaze, along with air support. 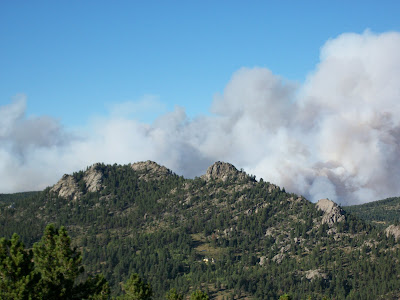 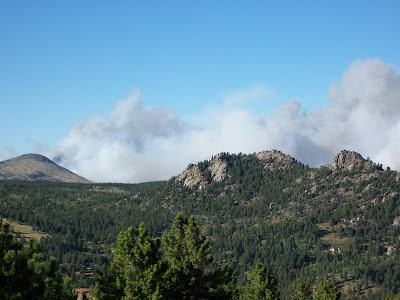 Posted by Unknown at 5:45 PM No comments: