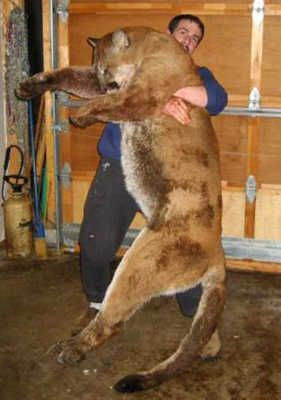 
As reported in a email on the PUMA email list:

"A neighbor to the east of here with 2 small children felt compelled to shoot a mtn lion dead yesterday morning about 1:30 am. This cat moved towards him when he went outside to rescue their puppy who was being attacked by the cat. This neighbor immediately reported his shooting to the DOW and is now facing possible consequences as a result of his decision to shoot the cat.

It is believed by other neighbors who saw the cat after it had been shot that this same cat had killed another large dog earlier in the week. In the same area east of the CR 68J deadhead and up the 4 x 4 trail past Fred & Betsy's property about 3/4 of a mile. There may be a DOW investigation report that provides an opportunity for residents to voice their opinions on this matter. "

Posted by Unknown at 9:08 PM No comments: